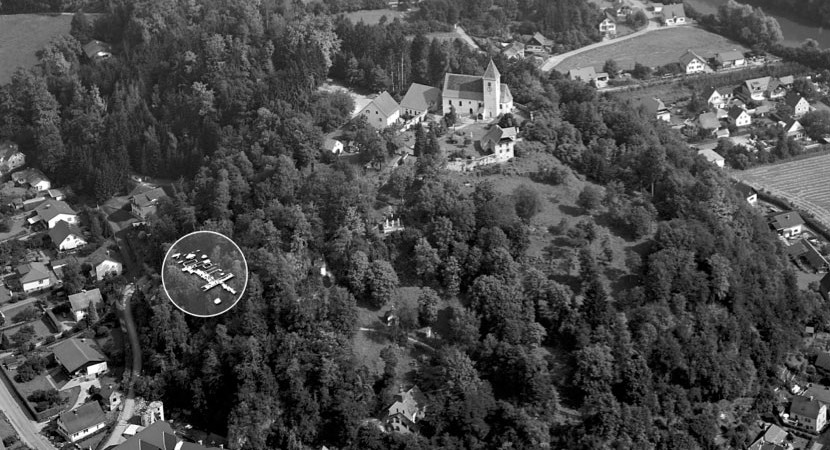 Abstract
In 1949, the Styrian Landesmuseum Joanneum carried out archaeological excavations at Kirchberg in Deutschfeistritz (Deutschfeistritz district, Graz county), located approximate- ly 20 km north of Graz at the juncture of the Übelbach and Mur valleys. This resulted in the most extensive finds to the present from an early medieval settlement in Styria. An im- portant route ran along the Übelbach valley with a pass across Gleinalp in the upper valley of the Mur River, and this was quite important in the early Middle Ages as well. The article publishes the finds from the earlier excavations and briefly indicates their great significance for the early medieval period in Styria. It is possible to conclude on the basis of the docu- mentation that they excavated a structure that was suggested to have contained five rooms. Several hearths and finds of iron slag indicate that this was an area where iron was forged. Most of the pottery fragments belong to the 8th-11th centuries, with an emphasis on the 9th century. Fragments of loom weights were also found, along with two spindle-whorls, knives with tanged handles, bone tools (awl, needle), an iron key, a spur with platelets and rivets (8th century), whetstones, iron slag, and two undistinguishable bronze objects. Given the presence of the only as yet known early medieval blacksmith ́s work- shop in Styria and the corresponding finds, it is very likely that the seat of an estate (a central castle) was originally lo- cated at Kirchberg in Deutschfeistritz.
Keywords: Austria, Deutschfeistritz, Kirchberg, early medieval period, castel, pottery, mint, spur